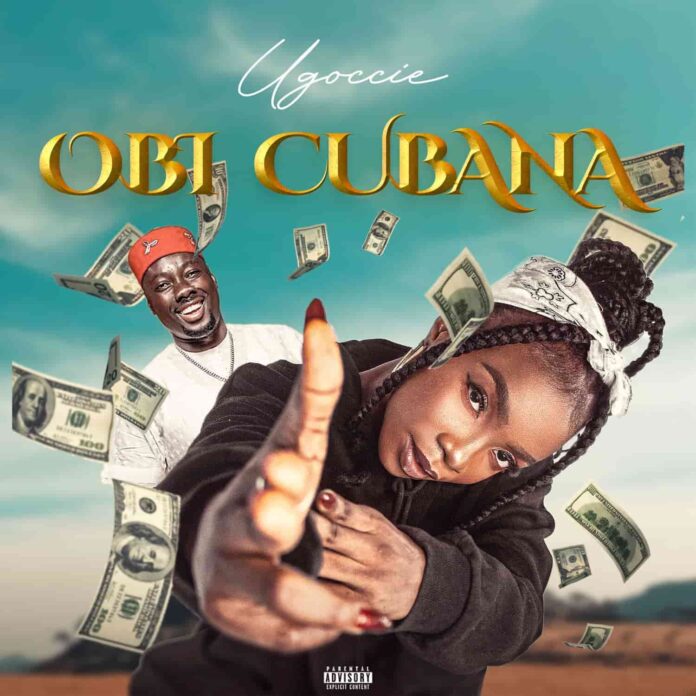 Eastern vibe machine and rapstress, Ugoccie has made it sure we get hold of her studio record, “Obi Cubana.”

“Obi Cubana” is a popular nickname of a billionaire Igbo business man who went viral after spending lavishly on his mother burial ceremony. Obi Cubana is the head of the Cubana Group which are responsibles for major enterprises in Nigeria like club house and hotels.

Ugoccie who sang about going to the burial ceremony (Obi Cubana’s mum) talks about her ordeal. She revealed that she went to the burial to pick money thrown at the crowd and at the verge of doing that, she lost the money she borrowed that helped her transport fare. The way she mince words are exceptionally different; she’s a rare gem in the industry.

She has already started a new challenge on the song, “Obi Cubana” that was endorsed and sponsored by Obi Cubana himself.

Nonetheless, Ugoccie is a great singer and her soft vocals on the beat was responsible for her recent hit, “Do You Really Like Me” featuring Kolaboy. Ugoccie is one Eastern music sensation we have to look after in the future.

Listen to “Obi Cubana” by Ugoccie below.