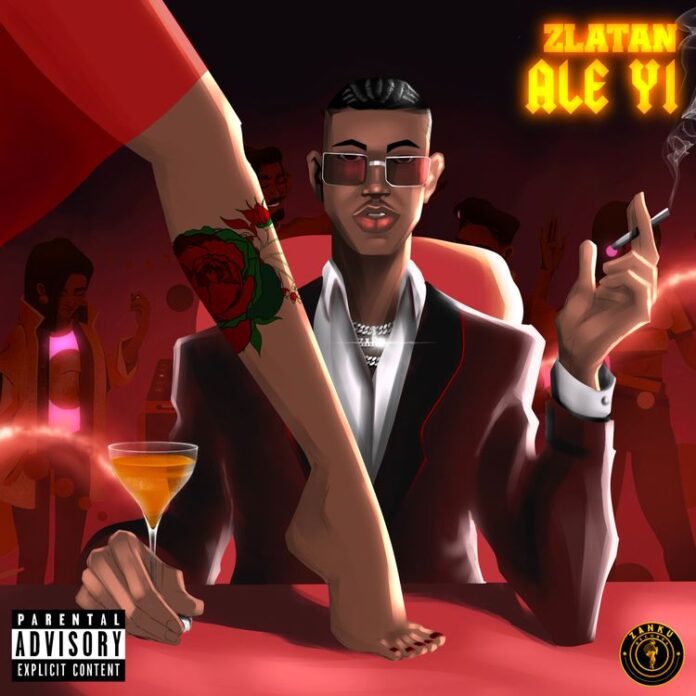 Zlatan who is known with his aggressive style of singing and grooving comes with another massive studio record which will definitely raise your mood in this dancing period. Zlatan’s sound, “Overthinking No Fit Solve Problem” is originally known as “Ale Yi” and fans engaging with that sound is such a great step for the hitman.

Nonetheless, Zlatan was known with his Zanku dance style invention/sole originator and since his inception, he has dropped and involved with hit sounds like “Bolanle,” “Lagos Anthem” and “Alubarika.” The reception he has welcomed on this new tune, “Overthinking” is overwhelming and encouraging and he is ready to make a bold step in dropping a studio project.

Let’s look at things abroad, Zlatan was also invited by Sarkodie in Ghana where they made a massive tune named, “VIP” that has been making trends online; Rexxie was also with the star as they both head to the Black Star’s arena. Before the release of the track, Zlatan teased us with the short visuals where he recorded it with some unclad girls in his studio. Fans begged for the release and he granted their wish.

On his recent outing, “Alubarika” he called for the vocal dexterity of the rave at the moment, Buju who turned up nicely with a very catchy chorus. Zlatan’s latest song, “Overthinking No Dey Solve Problem” comes with a popular phrase “na person wey get money be living thing” and it serves as his fourth official record in 2021 after the release of his debut, “Lagos Anthem” (Remix), “Cho Cho” featuring Davido, Mayorkun and “Alubarika” featuring Buju as his most recent craft.

In addition, the jam was produced NiphKeys who came with his unique and trademark touch behind the scene.

Listen to “Overthinking” by Zlatan below.