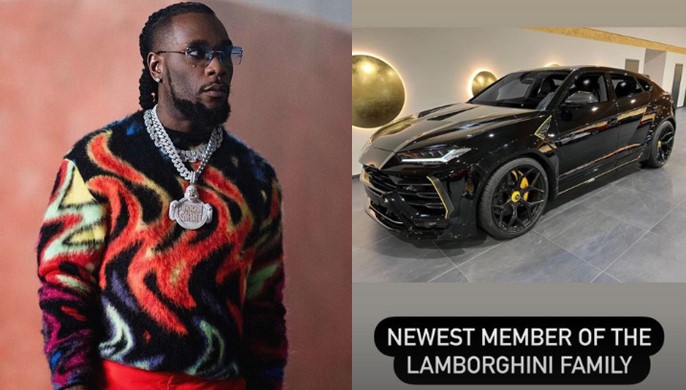 Self-called African Giant, Burna Boy has put Davido in the dark by disclosing the total price of his new Lamborghini.

Burna Boy, a renowned Afrobeat lynchpin and Grammy Award winner, has claimed that he paid $800,000 (N400, Million) to have his Lambo Novitec brought to his home. Burna Boy claims he paid that absurd amount to bring his 2022 Lamborghini to his home without worry or fuss.

Basically, Burna Boy revealed this surprising news in an Instagram video that has gone viral. He also boasted about not raving about it like Davido did after paying a lot clearing Lambo in Lagos and crying on Twitter.

Furthermore, Burna Boy went on to say that he is sick of people tossing figures at him instead of questioning him how much the Lamborghini cost.

See the video below.