Rema announces new song with Olamide in the studio 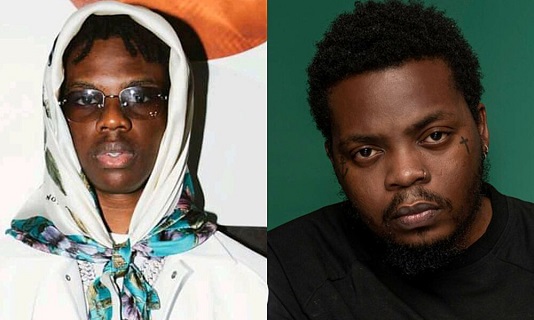 Mavin Records star, Rema has announced a new song with YBNL Nation boss Olamide, which will be released on the “Rave and Roses” Deluxe Album.

Rema, a Nigerian rave of the moment, continues to expand down on his brand, revealing that he is working on a single with top lyricist Olamide.

The remarkable prodigy, who recently achieved a landmark with his album “Rave and Roses,” isn’t taking it easy; instead, he’s keeping the momentum going.

Okay I gotta bring Trap Rema back fr in this DELUXE 🤧

The Mavin Records/ Jonzing World performer turned to Twitter today, April 20th 2022, to reveal that he had been in the studio with YBNL’s top boss the day before and that it was a heated recording experience.

Furthermore, Rema also said that a deluxe edition of his newest album, “Rave and Roses,” will include trap style tracks and will be made available soon for our listening perfection.