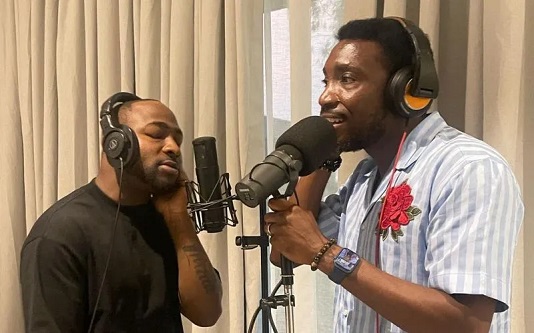 New info on the block states that we might be seeing a new collaboration of Timi Dakolo and award-winning singer Davido.

Basically, Timi Dakolo, a brilliant performer, vocalist, and songwriter, has formally confirmed his next record alongside Davido, the leader of DMW.

Timi Dakolo revealed his new track with Davido on his Instagram page @timidakolo, followed by a visual preview of the recording session. However, the clip was turned silent in order to keep audiences on the edge of their seats.

The musician made the statement on all of his social media channels on Tuesday, April 19, 2022, filling fans’ heads with excitement. There was no mention of a launch date.

See the video session below.