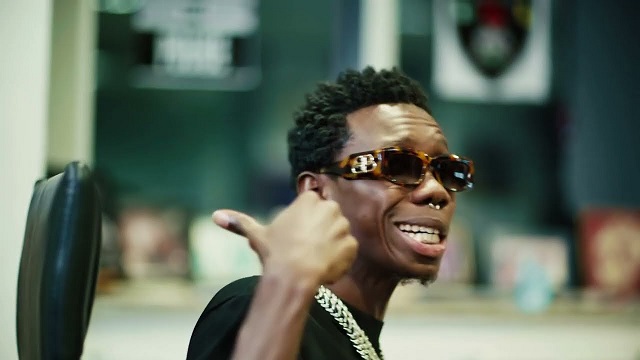 Chocolate City with affiliation to 100 Crowns has presented the official music video to Blaqbonez’ most-recent studio craft which he labelled, “Commander.”

Basically, Blaqbonez‘ influence on social media has been top-notch. He has been promoting the song, “Commander” on TikTok with several viral challenges and now, the music visual is available for the eye satisfaction.

After the unveiling of the original sound few weeks ago, the song has peaked on several music charts and being in the top 10 of Apple Music Charts in several regions of the world. Blaqbonez is still blazing with his fire vibe and we can contain with the current heat so far.

Nevertheless, the Type A-created number, “Commander” will form part of his upcoming studio work of art termed, “Young Preacher” which will be made accessible in few weeks to come. Conclusively, the music video was filmed and put together by Nigerian popular filmmaker, TG Omori also known as Boy Director.

Kindly watch and enjoy the official music video below.