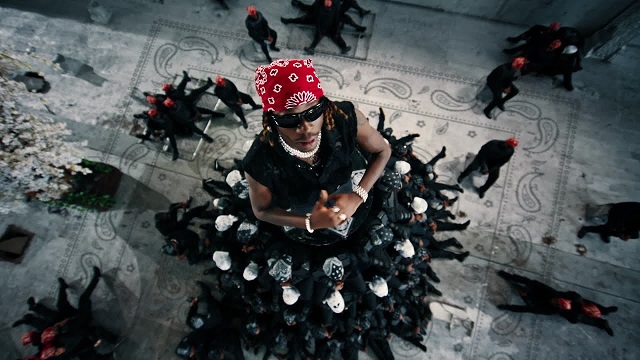 Nigerian exquisite song author, Fireboy DML has dropped the official music video to his recent outing which he termed, “Bandana.”

Recall how the brilliant YBNL vocalist has been known throughout the world and in Nigeria and Africa. To recreate his past, Fireboy DML merely needed an instrumental. Asake, a YBNL teammate and acquaintance in the music industry, contributed his vocals to the backing track of this most recent song, “Bandana.”

Moreover, the sound was lifted off his just unveiled body of work “Playboy” Album which has been on everyone’s playlist at the moment. Fireboy DML and Asake nailed the visual performance like its a no-brainer. TG Omori also did his part without issues with internet users praising the videographer for his creativity.

The young artist, who is still associated to EMPIRE Music for distribution, is already on top of the world due to the recent success his recent outing has had. Olamide once made light of his promise to leak the album in March, telling Fireboy DML to buckle up and finish so that his fans may enjoy the Afrobeat gem and he didn’t lie when he called it a rare gem.