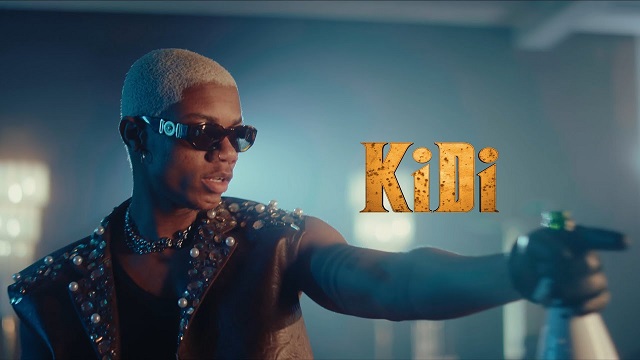 Impressive vocal powerhouse, KiDi has emerged with the official music video to his previous outing, “Champagne.”

This outstanding song is the follow-up to his previous collaboration with Mavado, a Jamaican musician, on the smash song “Blessed.” This time, the well-known Ghanaian artist KiDi released the music video to his previous track called “Champagne,” and his fans really can not contain their enthusiasm when they heard it.

“Champagne” is KiDi’s third formal record of the year after dropping his first two songs. Do you recall when he and Tyga made a remix of “Touch It” earlier this year?

The song was melodically produced by Telz with help from KiDi, and it is believed to be a part of his upcoming studio album “4Play.” Last but not least, KiDi is present and engaged in what he enjoys most. He has disregarded all of the doubters and proven that he is still very much in the game. Music video was directed by talented filmmaker, The Creative.