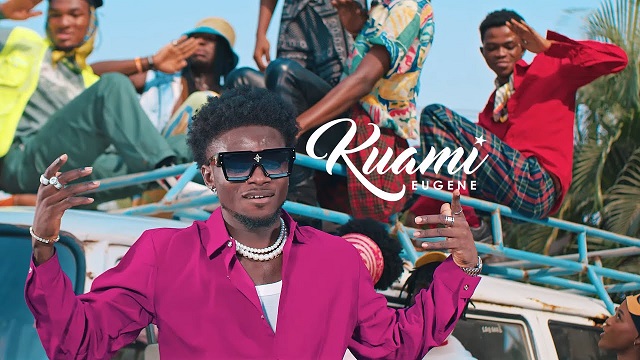 Apparently, the previous studio output, “Fire Fire” is lifted off Kuami Eugene‘s upcoming studio work of art, “Afro Highlife” which we will be seeing on every streaming platforms soon.

On the record, “Fire Fire” came with a lively melody and also a fresh music video to fill our viewing contentment. The fondly-called Ghanaian Rockstar wants to make sure he will represents his country and fans at large in 2022.

Conclusively, music production was self-produced while the music video was filmed and arranged with some special effect by Rex.