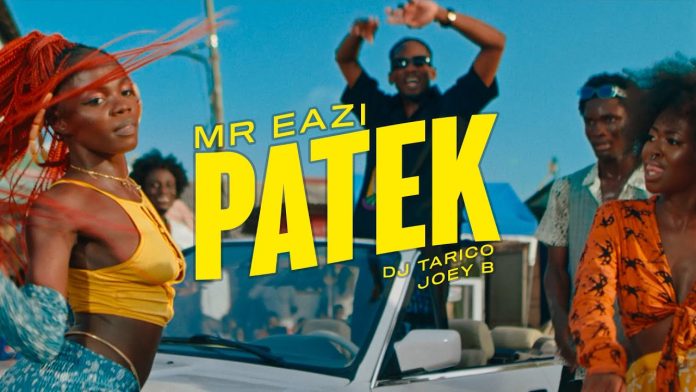 Popular music executive and entrepreneur, Mr Eazi has come up with the official music video to his recent outing which he dubbed, “Patek.”

The pan-African smash is Mr Eazi‘s first effort into the Amapiano genre, which has just exploded out of South Africa’s underground dance rock scene to become a global sensation. This time, the new single “Patek” by Mr Eazi features a collaboration between Ghanaian artist Joey B and Mozambican DJ Tárico.

After a brief clip posted to TikTok received millions of plays and hundreds of user-generated visuals, Ghanaian emcee Joey B was approached by Mr Eazi to help him polish the single and ensure its status as a blockbuster. Additionally, the tune “Patek” is a great way to keep up the fantastic music because Mr Eazi showed that he is still very active in the industry. This song is a follow-up to his most recent release, “Personal Baby.”

In addition, the music video has a colorful scene that would keep one glued to his or her screen. Sit, relax and get hold of your popcorn for this wonderful visual performance.