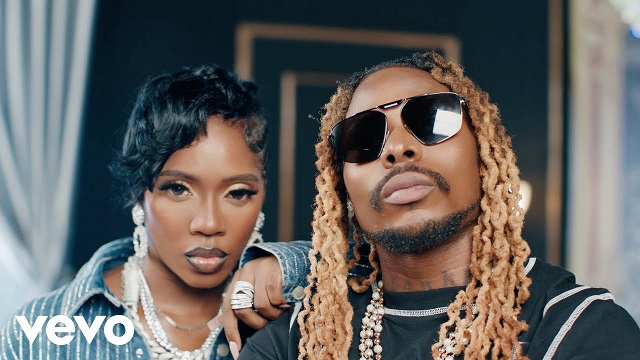 Talented Nigerian songstress, Tiwa Savage has finally rolled out with the official music video to her recent outing named, “Loaded.”

Dr. Tiwa Savage uses her singing ability in the tune “Loaded,” with help from Asake, to create a big hit this summer. The African Bad Girl, Tiwa Savage, and Asake this time deliver the official music video for their most recent hit.

As the music’s name implies, “Loaded” is a relevant record sung in Yoruba and English using an Amapiano and Afrobeat blend. Tiwa Savage discusses her earlier contentious sex tape rumors that surfaced online. Asake and Tiwa Savage, in contrary, appear affluent and primed to dominate the airwaves.

Tiwa Savage has also been putting the finishing touches on her upcoming studio body of work (album). After Tiwa Savage was a featured artist on the song “Koo Koo Fun” by Major Lazer and Major League DJz, she decided to let her fans know she is coming back with a banger.

In conclusion, utilizing music production work from Magicsticks, TG Omori was the director of the music video.