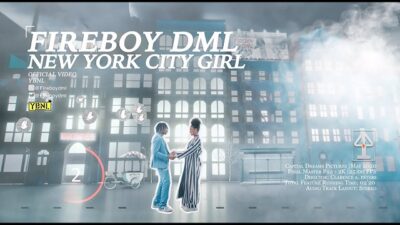 Fireboy DML who took a short break from the music scene, gave us this mouth-watering sound named, “New York City Girl”. It serves as a follow-up after his well-accepted studio album, ‘Laughter, Tears & Goosebumps‘ album.

The music visual was filmed and directed by iconic filmmaker, Clarence Peters.