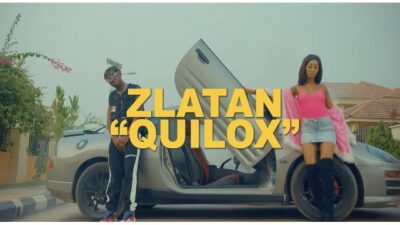 Zanku Records main man, Zlatan is here with the official visuals to his recent single titled “Quilox” which is the debut music video in his recently unveiled record label “Zanku Records”.

Quilox is the name of one of the biggest night club in lagos owned by House of Representative member, Shina Peller. The song was recorded after the Lagos State Government and Shina Peller was involved in a rift which ensured the night club was closed down.

“Quilox” is produced and engineered in a joint production session by Mansa Jabulani and Rexxie with the official visuals shot and directed by Naya Effectz.

And incase you missed downloading the Mp3/audio, click on the link below;