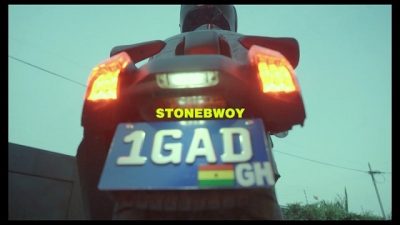 Stonebwoy bounces back with the official music video to his latest freestyle tune named, “Blaze Dem.”

Apparently, the official music video was filmed in Ghana with video treatment from Jay Studios.