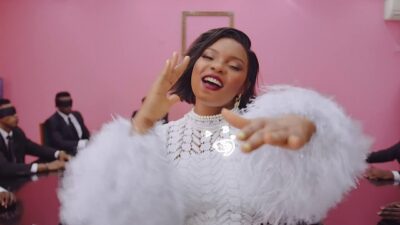 The Vtek–produced record, “Boyz” is Yemi Alade’s first single of the year which comes after her previous video to “Shekere“, featuring Angelique Kidjo, that had a lot of views already.

After plenty of visuals to hype the single on social media, Yemi Alade comes out with the videography to her latest record, “Boyz” produced by Vtek.

Lastly, the music video was directed and produced by prolific filmmaker, Paul Gambit.