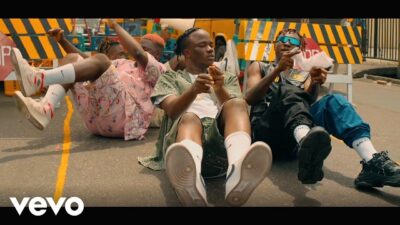 On this single tagged “Unripe Pawpaw”, Zlatan collaborates with his friends, PapiSnoop, Oberz and JamoPyper who gave the track a different vibe.

The video was filmed and directed by talented filmmaker, Visionary Pictures.