Chioma has fully recovered from Coronavirus 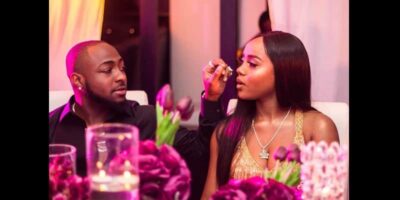 Chioma has fully recovered from Coronavirus

Nigerian award winning artiste, Davido has disclosed that his wife-to-be, Chioma Rowland has now tested negetive for the novel COVID-19.

Few weeks ago, Davido, Chioma and the whole of 30BG all underwent test for COVID-19 but only that of Chioma Rowland came out positive.

Though a sad news for the singer and the mother of one, Chioma had to be isolated form thier son for proper treatment leaving the singer to look after the baby.

DMW boss, Davido was also forced to self-isolate but that didn’t end there as there were news on social media insisting Davido had contracted the virus but couldn’t let the public know. The alledge news came to an end after which Davido ran another test which came out negetive for the second time

Davido who is elated to see his fiancee’s result took to his official Twitter page to announce the goodnews to his fans.

According to the singer, Chioma Rowland has tested negative twice for the novel COVID-19 and has recovered fully.

Shearing the news on his twitter page, the singer wrote:

“Glory be to God .. Chioma has now tested negative twice for Covid19 … Thank you all for prayers …. We love you ..”

Glory be to God .. Chioma has now tested negative twice for Covid19 … Thank you all for prayers …. We love you ..