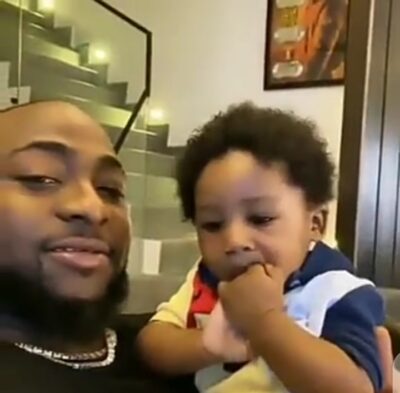 Award winning superstar, Davido who welcomed a boy, David Ifeanyi Adeleke Jr with his wife-to-be, Chioma Rowland last year in the UK has unveiled the face of his son.

As we all know, Davido has been hiding the facial identity of his son since he was giving birth to with series of pictures and videos going online with the face of the son, Ifeanyi Adeleke not appearing.

Well, all seems to come to an end now as the award winning singer was seen on a video going round on social media, playing with his son. This time, the facial identity was revealed and David Ifeanyi Adeleke Jr has loads of cuteness.

See pictures and video below;