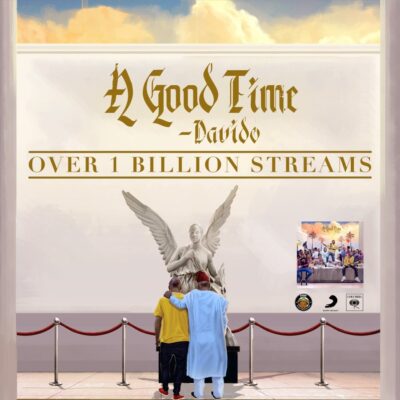 Davido‘s recent album, “A Good Time” has reached 1 billion streams on all plaforms and becomes the only African artiste to reach that feet.

This massive achievement was tweeted by Columbia Records UK where they congratulated David Adeleke on the new height he has attained. The tweet reads:

“HUGE congrats to @davido– ‘A Good Time’ has officially reached OVER 1 BILLION streams!…”

Well, Davido has been off the social media for a while and he is using that medium to prepare well for his forthcoming studio album, “A Better Time,” which is a follow-up to “A Good Time”; the most streamed album in Africa.