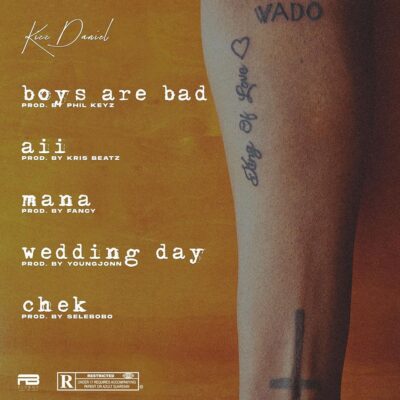 The “Jaho” crooner disclosed that he would be dropping a new album titled “King Of Love” using his social media handles.

The singer went as far as putting a new tattoo on his wrist to let his fans know the studio work is one that would ever be evergreen but did not indicate the release date of the album. Kizz Daniel has, nevertheless, given something for fans to groove on before the album is dropped.

The singer took to his Instagram page to share a picture of the album cover which is an image of his newly well dressed tattoo and also the album tracklist which consists of 5 songs produced by top notch producers, PhilKeyz, KrizBeatz, Fancy, Young John, and Selebobo.