Olamide unveils new haircut, get rids of his dreads 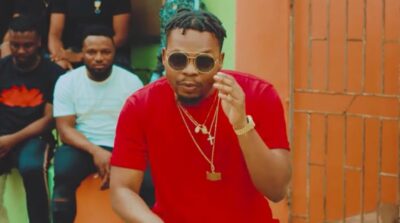 Olamide unveils new haircut, get rids of his dreads

Nigerian indigenous rapper, Olamide Baddo is on the headlines again after getting rid of his dreads.

Olamide for so long now has always been on dreadlocks and also did that same hairstyle to his first son, Batifeori and fans have always gotten familiar to seeing him with the dreadlock look. The award-winning street king who just recently premiered his 10th studio project decided to rock Valentine’s day with a new hairstyle that has his fans discussing on social media.

The “Eni Duro” crooner took to his Instagram page to showcased the new look. Just like Mavin talented singer and “Godwin” crooner, Korede Bello who just removed his afro and kept his beards on and shining, Olamide joins the trend as he removed his entire facial hair for a very much lower haircut and simple hairstyle.

See the new look below;