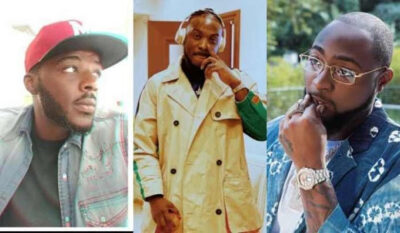 There has been so many news about Golden Boy CEO, King Patrick and DMW members, Davido and Peruzzi which also involved Davido’s fiance, Chioma that led to the both of them (Chioma and Davido) unfollowing and following themselves on instagram.

After all the bad bloods between the both parties where King Patrick demanded that Davido should pay him royalties as Peruzzi was not legally signed to DMW, King Patrick took to his twitter page to show a screenshot where death threat was thrown at him from alledged DMW members

Also see the screenshot below;