Sam Smith announces collaboration with Burna Boy on "My Oasis" 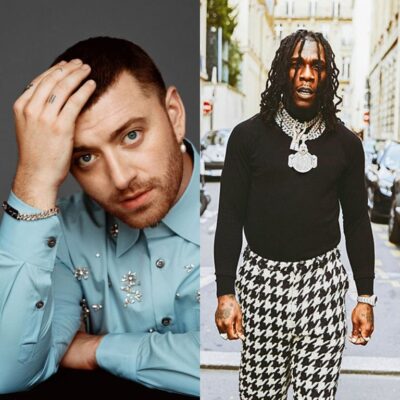 Sam Smith announces collaboration with Burna Boy on “My Oasis.”

British Singer, Sam Smith has announced a joint with Nigerian music export, Burna Boy and it is set to drop today, 30th July.

The fondly called African Giant, Burna Boy has been on international radar with a massive feature on Beyoncé’s studio album, “The Gift,” a grand feature from U.K. sensational rapper, Stormzy on the song, “Own It” and also a feature on the late Popsmoke’s posthumous album, “Shoot For The Stars, Aim For The Moon”; the list is still going on and on.

This is a great news indeed for Nigeria and Africa at large as the Grammy award winner, Sam Smith links up with Burna Boy.

Sam Smith posted a video on his official Twitter page, with the caption:

“My Oasis” will be available on all digital platform by Thursday, 30th July, 2020.