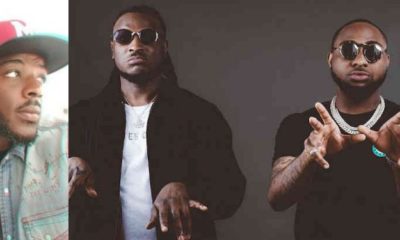 Shortly after signing Ayanfe to Davido Music Worldwide (DMW), Davido was under fire after been accused of signing Peruzzi while he was still under contract with his former record label, Golden Boy Entertainment owned by Patrick Anyaene.

Patrick Anyaene, CEO of Goldenboy Entertainment took to his twitter handle to drag out Davido and Peruzzi for alledge breach of contract. He also insisted that Peruzzi only told Davido he helped him in shooting his video rather than telling the DMW boss that he was signed to his record label.

Patrick Anyaene also said he brought the matter on twitter because he got tired of asking Davido and Peruzzi for his royalties his record label merits.

This is part of what he said on twitter below;

“Davido was billed to perform at the One Africa Music festival, late 2017. For Your Pocket remix was trending then so he told me wanted to perform it at the show with Peruzzi, which never happened. I bought Peruzzi’s ticket to meet Davido for the performance, but instead of performing he got signed to DMW, without my consent, therefore breaching his contract”.

Responding to Patrick Anyaene claims, Davido commented on Instablog9ja’s instagram handle insisting that Peruzzi has brought many achievements in his DMW record label. He also said Peruzzi is the best thing that has happened to him and that if there’s any problem, he should be Patrick Anyaene.