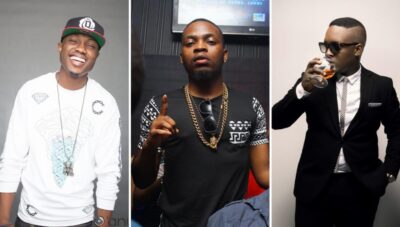 Nigeria is known for Afro beats and she is considered as one of the giants in the world when it comes to Afro-pop music (2020 Top 10 Richest Rappers In Nigeria). Though, rappers still strive in Nigeria and they actually makes a lot of money due to so many reasons; popularity, endorsement, online music platforms, Youtube and so on. Nigerians has the mindset of rappers not making it big in the Nigeria’s music industry because of the Afro-dominated fan base in the country. When it comes to Hip hop in Africa as a continent, Nigeria was the best in the mid-2000s in terms of fine rap music with the likes of Modenine, 2Shotz, Eedris Abdulkareem, M.I Abaga, elDee The Don and so on. Over the years, Nigeria has experienced a big decline in the rap music industry in Africa, making South Africa and Kenya rappers topping up the rate. In this article, we are going to discuss and make a countdown about the richest rappers in Nigeria in terms of net worths, endorsement deals, background checks, side businesses and so on. The list runs from Olamide who is considered the richest rapper in Nigeria to Choc City’s Blaqbonez.

The self acclaimed best rapper in Africa, Blaqbonez is on our number 10 spot with a whooping net worth of $900k. Emeka Akumefule professionally known as Blaqbonez started his music career at the age where the rapper was the winner out of over 3000 rappers in Nigeria that got involved in Zombie competition that was owned by talented rapper, Terry tha Rapman. From the outcome of the competition, he got noticed and was a guest artiste on Terry’s musical project tagged World Domination, alongside Olamide Baddoo, Vector Tha Viper, and legendary lyricist, Modenine, which was unveiled back in 2012. In 2017, Blaqbonez employed the services of rapper, Terry tha Rapman on one of his studio projects. Blaqbonez also participated in Vector’s king kong competition where he came out as first runner-up, he awas vitorious at the Rhythm fm Freestyle Fury organised by Rhythm fm and became Rhythm Fm’s MVP rapper for that month. Blaqbonez is considered the best at his age then. He was also named the Hennessy Vs class captain tag which was part of the Soundcity blast cypher. Blaqbonez also dropped his highly anticipated mixtape tagged CTAT “Cssette Tapes and Tvs”; which is his third studio project with over 70,000 streams on all online music platforms and Youtube. Recently, Blaqbonez was involved in a rap diss with Kenyan rapper, Khaligraph Jones where he dropped a track tagged “Green Blaq Green” in reply to the MVP Awards Best Hip hop artiste, Khaligraph Jones’s diss song dubbed “Best Rapper In Nigeria“.

Onome Onokohwomo popularly known as Yung6ix makes our number 9 countdown spot on the richest rappers in Nigeria with a whooping net worth of $1.5 million. Onome got his Yung6ix name from his secondary school days tagged “6ixty”. Immediately after he moved to Lagos to pursue his music career, he started making money and fame where his hit song dubbed “I’m An African” grabbed the notice of A&R Gbemi Ereku, who signed him to his 411 Entertainment label back in 2009. A year later, Yung6ix began to attract media recognition after his version to Ice Prince’s “Oleku” which trended and made waves in the industry. He later dropped “So Far Gone”, employing the services of P. Fizzy, a track which is lifted off from his “Green Light Green” mixtape. Back in January 2011, 6ix premiered “Plenty Money”, another song plucked off from the mixtape where an official music video dropped immediately after. Yung6ix’s first ever studio album tagged “6ix O Clock” was eventually premiered on the 6th February, 2014. The 16-track studio project houses guest artiste like Phyno, Percy, M.I Abaga, Ice Prince, Yemi Alade, Wizkid and many others. In August 2019, Yung6ix signed a multi-million naira deal to become the first Ambassador to the growing e-commerce firm Patricia, one of the largest traders of Bitcoin and gift cards.

Oludemilade Martin Alejo better known as Ycee makes our countdown list with number 8 spot. He has a whooping sum of $2 Million with so many endorsement deals and side businesses. Ycee as we all know him started his rap music career back in 2012. In May 2015, Ycee dropped a much anticipated single titled “Condo”, which was picked for Best Collaboration of The Year and Best Music Video of The Year at 2015 NE Awards. Ycee made a breakthrough in the music industry back in 2015where he dropped his hit jam titled “Jagaban”. Nigerian indigenous rapper, Olamide also begged him to be a part on the remix which was done with the visuals released shortly after.

Vector Tha Viper makes our number 7 spot with a whooping net worth of $3.5 million. His birthname is Olanrewaju Ogunmefun. Back in January 2015, Vector unveiled a rap hit song tagged “King Kong” and the visual was premiered the same month. Vector dropped two remixes with the first one collaborating with indigenous rappers, Phyno, Reminisce, and Classiq plus fast lyricist, Uzi, and the second remix version employing the services of Ghanaian rapper Sarkodie which was unveiled in May and June 2015 respectively. The visual for the king kong’s debut remix was dropped back in July 2015. He was involved in a rap supremacy battle with Nigerian Legendary rapper, Jude M.I Abaga, and has dropped diss tracks like “The Purge” and also “#JudasTheRat” which was a reply to M.I’s diss song tagged “#ThaViper.” Vector is responsible for the voice behind a Sprite commercial that aired on radio stations across the nation.

Folarin Falana with the stage name Falz The Bahd Guy makes our number 6 spot on the countdown where he previously bagged a multi-million naira endorsement deal with liquor brand, Hennessey back in october, 2017 and a deal with BBM Messanger back in 2016. Falz was born in the local government area of Mushin, Lagos, to notable lawyers and human right activists Femi and Funmi Falana. Falz was called to bar in 2012 after studying in Nigeria Law School in Bwari, Abuja. While in secondary school, Falz created a music group with a friend where they tagged it “The School Boys”. Back in 2009, he dropped a compilation of some of his songs as a mixtape dubbed Shakara: The Mixtape.

Remilekun Abdulkalid Safaru better known as Reminisce makes our number 5 spot on the countdown with a whooping $4.5 million. Reminisce who signed an endorsement deal with beer brand, Orijin back in 2016 is one of the leading indigenous rap act in terms of assets and record deals. He also renewed his endorsement deal with Samsung but he left the Orijin endorsement deal in February, 2018. He started his music career in 2006 where he recorded a debut hardcore rap at Coded Tunes, but the studio album was never dropped and he made up his mind to focus on his studies and to complete his academics. In 2008, Reminisce came back to the music spot, where he performed a rap verse on a single tagged “Bachelor’s Life” plucked off from 9ice’s studio album dubbed “Gongo Aso”. Reminisce debut single titled “Ever since”, employing the services of singer, 9ice, and was a narrated talk about his life. His second single tagged “If Only” was a love song engineered by Dtunez, where he showcased his prowess as singer and a rapper. Both songs gave Reminisce a breakthrough in the Nigerian music industry. Reminisce is signed to Edge Records and also the CEO of LRR Records.

Panshak Zamani also known as Ice Prince Zamani makes our number 4 spot with a whooping $4.8 million. Ice Prince started his music career in Jos popularly known as J-Town where he In 1999, he began writing enough Rap songs and was showcasing them at social events held at his school back in Jos. In 2001, Ice Prince Zamani began visiting music studios to record most singles. In 2002, he decided to form a group with his friends tagged “ECOMOG Squad”. They had a good time in the group where they split a year later. In 2004, he had connections with legendary rapper M.I Abaga and his little brother, Jesse Jagz. Ruby, Lindsey, Eve, Taz were connected to the rapper as they all formed a music crew, “Loopy Crew”. In 2015, Ice Prince was Choc City’s vice president before he left the label in 2016. In August, 2018, Etisalat employed the services of Ice Prince and rapper Olamide aa brand ambassadors.

Chibuzor Nelson Azubuike with the stage name Phyno, started his music career as a music producer in 2003. Phyno’s state of origin is Anambra State and being from a family of five, he is the fourth child with an only brother and all elder sisters. He lived his childhood live at Enugu State where he finished his academics and started his music career. He is a very close pal of Yoruba sensation, Olamide, as the duo both showcased the pride of their local tribe being the Igbo and Yoruba languages respectively. Phyno has about five major awards in the Headies award like the best collabo, song of the year awards, and others amidst many nominations in dissimilar musical awards categories. Phyno owns so many expensive assets such as the 3 bedroom duplex worth about N170 million at Chevy View Estate, Chevron Drive in Lekki, and a massive mansion at Enugu State, Nigeria. He also owns expensive cars including a Rolls Royce Phantom. In March 2019, Phyno made it known to his fans of dropping his third studio album tagged “Deal With It” which had artiste appearances from Teni, Runtown, Davido, Falz, Olamide.

Jude Abaga better known as M.I (Mr Incredible) makes number 2 spot on the richest rappers in Nigeria. M.I the legendary rapper started his music career after he returned from U.S to Nigeria in 2003. Striving in the rap music scene dominated by the likes of Modenine, Ruggedman also known as Ruggedeebaba and Eedris Abdulkareem, he started making mixtapes with his friend, Djinee who accomodated him and Ice Prince in his house. This led to releasing of hit song tagged “Safe”, (a song which he mimiced popular Nigerian singles in its lyrics) which had massive airplays in Radio stations and music video channels such as MTV. The song also gave him awards like Nigerian Music Video Awards, City People, Nigeria Entertainment Awards. M.I signed a whooping multi-million naira deal with Telecom Giants, Globacom Nigeria. Jude Abaga net worth is estimated at $11 million, making him one of the richest rappers in Nigeria and the second richest rapper after Olamide.

Olamide Adedeji with stage name Olamide is the richest Nigerian rapper in 2020 with an estimated net worth of $12 Million. Olamide dropped his third studio album tagged “Baddest Guy Ever Liveth”. The hit songs from the studio project includes “Durosoke” and “Yemi My Lover”. Olamide, a Yoruba rap sensation in the afro hip-hop music category, kicked off with Coded Tunes label and was managed Toni Payne where he left the record label in 2012 to form YBNL. Olamide made more of his money through concerts, shows and music tours where he makes more millions. Olamide signed a lot of multi-million endorsement deals making him brand ambassador with companies like Guinness, GLO, Etisalat and also becoming the first Nigerian musician to sign for Ciroc.