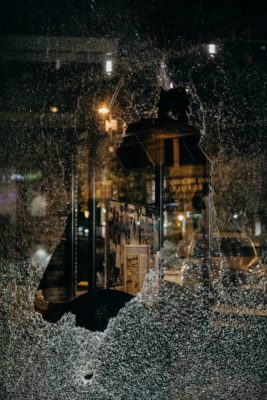 It is rather disturbing that the Government is backing the establishment of AMOTEKUN, a so called Western community policing without proper scrutiny, all in the name of strengthening the security system in the country. A system that is being crippled by the same Government through underlying illogical disposition.

The NIGERIA POLICE FORCE which was initially established to curb criminal activities have become a puppet in the hands of its creator, as it is being toss like dice and directed to perpetuate heinous underground and open crimes and to cover up criminal activities of high profile persons. This also extends to the EFCC and of course the ICPC which have become dormant in the fight against corruption lately.

I can assure you that AMOTEKUN will be another tool for mass destruction of life and property, and a playground for political benefits, because this body will be occupied by unprofessional personels, thugs, cultists, criminals, drunkards, and as usual, illiterates. You can imagine the catastrophic outcome if these set of people are equipped with weapons. What a sadistic irony awaits the Western regions.

The Government is ignorantly establishing a ground for unending conflict amongst security bodies, I mean a bloody clash between the NIGERIA POLICE and the AMOTEKUNS, just as they have ignorantly done by approving SHARIA LAW, a law which is headed by people who pass judgment strictly based on their own outrageous emotion, a law that completely contradicts federal constitution. You can see the division of legalities currently going on in the NIGERIA BAR ASSOCIATION as lawyers from the North have decided to create another faction of the NBA.

Creating an alternative for an already established body is totally uncalled for, as there is a duplication of duty, excessive expenditures which in turn becomes a pain in the neck, and resulting in extreme poor management and indebtedness. It is rather ideal if there is a proper check and constitutional cleansing of every elements that hinder effectiveness in every organizations, rather than duplicating it.

The same Government that claimed to be fighting against the division of the Nation is the same entity dividing us by its persistence tactlessness.

The current agitation for BIAFRA NATION by the Igbos is sparked by this same improvident Government. The Igbo youths during thier harmless protest are repeatedly labeled as terrorists by the same Government that encouraged division in all its entirety, whereas the Fulani herdsmen who pose a major threat across the country are pampered and treated with levity.

The Government before and the current one is a bird of same feather. I hope this Government realizes its imprudence before this country is completely disintegrate into several pieces of crumbs.

Meanwhile, before you come at me, you should critically view this post from a logical perspective, as it is void of any form of sentiment.

–The other side of nature