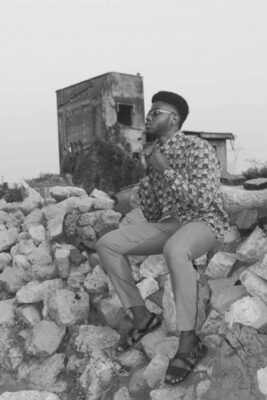 Throughout the duration of the two decades that i had some how managed to exist for on this obstacle course called a planet, i’ve struggled with a lot of things, a lot of ideas and notions didn’t sit well with me.

I always told anybody who was willing to listen how there were several concepts of the modern day human civilization that i felt were fundamently flawed. Rules, laws, stereotypes, religion, race.. these fancy words we made up, gave meaning and somehow use for justification when we treat each other despicably; it made me sick!

The level of moral decadence that was evident on all the levels of our government. Some how, when it seemed like i was now fully lost in this mental maze of my own creation, i managed to find an escape route. I suddenly remembered that i had been sitting outside on the veranda for what must have been hours now. Almost simultaneously, i became painfully aware of the swarm of mosquitoes that had been feasting on my unprotected calves. Suddenly, it felt like i was feeling the pain of a thousand tiny bites all at once.

I decided to go back inside the house and lay on my bed in hopes that the sand man might have mercy upon my plight and send me some sleep. It was early december, but the rains had come very late this year and a slight shower earlier in the evening made way for a very chilly night.

I got inside the house and made my way in complete darkness into my room, i approached my study table in the pitch blackness of the night with the confidence of a blind man who had become greatly familiar with his living quarters. I felt around my table, found my torch, ‘click-click’ i switched on a small blue torch that instantly teleported me back to the realm of the sighted.

I straightened out my bed sheet and proceeded to place my pillow with the fastidiousness that perfectly potrayed my obsessive compulsive tendencies; i liked things to be exactly how i liked them to be, down to the last minute detail.

I finally lay down and soon enough the accumulated fatigue and stress of the day prior proved sufficient to battle my restless mind into submission. Sleep swiftly followed and the ‘thought maze’ would for now, be closed.

For hours i had peace, drifting in dreams of thoughtless pleasures without a care in the world. Sleep was always sure to provide me with an escape from my plight, even in the most dire of conditions.

“Ebezina! Ebezina! Ebezina!, wake up, wake up man, which kind sleep you dey sleep sef”, i hesitantly found the strength to will my eyes into a semi opened state and i caught a blurry glimpse of the image of my friend Richard, standing beside my bed, hounding me to awake from my slumber. Richard was light skinned boy, his ebony black hair created a wonderful contrast with his skin tone that further accentuated his fair complexion. His silent eyes were nicely complimented by thick eyebrows and a pointed nose that could easily pass for that of a European.

“Shey all your vexing last night has made you forget? Ebezina! Ebezina!”.

I managed to raise my head from the bed and mutter a few muffled words.

“Ooooooooh Richard what is it na? why did you decide to interupt such an interesting dream i was just having”.

Richard looked at me for a few seconds, as if shocked by my unenthusiastic response to his early morning announcement.

“did you really forget what an auspicious day this is?, surely you couldn’t have possibly forgotten that today is the day we have finally come of the right age to see the Ring Maker”. I looked up at Richard’s face and feigned a half smile while doing my utmost to hide even the most subtle hint of sarcasm. I said “my God! it must have slipped my mind Richard”.

“How could you possibly forget today of all days, the day we exalt the heritage of our fatherland by following in the footsteps of our ancestors past and finally be given the path which we shall toll for the rest of our lives”. Richard spoke about the “Ring Maker” with the reverence and conviction that i was sure my mother would appreciate. She never hesitated to change every conversation topic, no matter how seemingly unconnected they were, into a lecture about how she has always so desperately wanted to see me show more enthusiasm towards the authority, the “Ring Maker”, and the sigil selection ritual.

Richard continued to speak about the selection ritual with more excitement than a groom about to meet his betrothed, whom prior to that moment he had never laid eyes on.

“Oh that glorious moment after one has finally completed the selection ritual, that moment when the Ring Maker looks into your eyes and pierces deep into your soul in other to bestow upon you the sigil which you shall bear on your ring, the sigil which shall determine what you are to be, and which section you are to apply yourself in our great society. Ooh Ebezina my dear friend i can’t tell you how fast my heart beats when i begin to imagine all the great things we can accomplish once we are free from the shackles of our childhood”.

“Frequently, i day dream almost to the point of infant-like stupidity, about what my sigil may turn out to be; who knows if i shall be cast as a noble stag, or as a wolf?”

“Ooh how my life would change if i’m cast as a lion”.