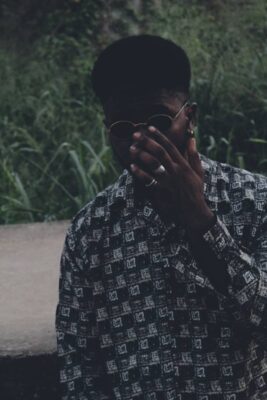 “I find your optimism quite shocking my friend,” i quickly interrupted Richard before he could finish reciting what sounded to my very pessimistic ears like an improvised peaen written in honour of the Ruling Authority.

“Have you ever cared to consider the alternative, the ‘what if’?” I asked Richard with a look on my face that I’m sure he must have grown accustomed to after years of being friends with me, a face that often signalled the beginning of a lengthy speech.

“What if the ring maker looks at you and decides that you are not fit to be anything more than sheep, destined to follow orders for the rest of your life, sentenced to a life that will most likely border on servitude, only ever considered for positions of low to no regard?”

“Ohh Ebezin that’s hardly possible” said Richard with a subtle almost undetectable hint of arrogance in his tone. “both my parents were cast as stags, and my grandfather on my mother’s side bore a wolf as his sigil . As a matter of fact we haven’t had any sheep in our family for generations, so tell me my friend, why should i bother contemplating impossible outcomes?”

Deep down in my heart, i knew Richard was right. It was indeed rare for children born of parents with well placed sigils to be cast as inferior sigils.

In recent years it had become more common place for children born to well placed parents to somehow always manage to be cast as equally or better placed sigil. A son born to a father who was cast as lion will most likely end up being cast as lion when he has come of age, even in cases where the said son’s character and demeanor could be more likened to that of a rat or a rooster. It all seemed to me like an elaborate scam. No, not just any scam but “the scam ” the scam of the fucking century!.

Made worse by the fact that it was and is still being perpetrated by those at the the top, those who believe they are better than us and therefore deserve to be above us, so they are willing to go to extreme measures to keep us low, those who would keep us docile, keep us in line while peddling the fairytale that we all possess an equal chance to succeed to the poor fools who are stupid enough to buy.

Even though I didn’t believe the words that were coming out of my own mouth, I began to speak them with samurai like conviction “I’m sure you shun those thoughts when they form in the darker corners of your subconscious, but surely someone as intelligent as yourself knows the subtle but telling difference between an improbability and an impossibility.”

I selected every word I said to Richard with the specific intent of making him feel a little bit more uncomfortable atop the high horse which he was currently riding and perhaps completely dismount him altogether from that stallion born of conceit, if such a feat was in fact possible.

“I’ve always known you to be an optimist Richard, but never have I thought you to be someone who lacked imagination, but in recent times it has become clear to me that when it comes to matters that concern the authority you switch off that voice inside your head that beacons you to question things that don’t add up or that seem unusual, if only just for once you managed to escape the fetters of your own blind conviction and explore these thoughts, consider the worst case scenario and maybe try to place yourself in the shoes of another.”

Richard finally looked up from the spot on my bed which he had previously been fixated on and our eyes met for the first time since I began my speech. It was a sign, at least to me it was. A sign that I had finally struck home and that maybe my words were finally getting to him, so I continued. “I know it was a rare event for a visit to the ring maker to ever go sour for children born to parents who bear the higher sigils, but it was far from unheard of. We both know its more than possible for children of high sigils to become targets in the stead of their better placed, better protected parents.”

There were stories that were whispered, rumors that were spread in the corners of the streets and the market places, stories that tell those who were wise enough to listen of the ring makers corruption, of how these so called servants of destiny were being bribed, forced or coerced by families of high sigils into casting the children of rival families as lower or inferior sigils.

“Well that’s just ridiculous!” interrupted Richard,
“you can’t possibly expect me to concern myself with each and every silly story that is propagated by the lower class of society, we both know those people will say anything in order to paint the ring makers in the colors of the devil himself. Those are just rumors propagated by people who obviously aren’t satisfied with the position which destiny has placed them in society, you can’t possibly think that there is any element of truth to their stories?”

Richard spoke with a certain subtle, almost undetectable tone to his voice that was not there when he first entered my room and spoke of the Ring makers, a tone which gave me the inkling that maybe, just maybe I was finally beginning to get to him.