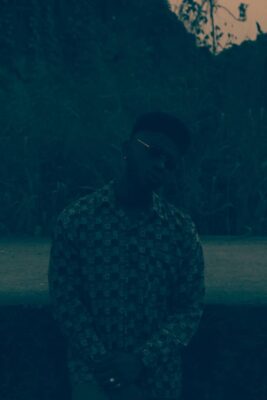 Richard was good in these kinds of  situations, he could quickly adapt and find solutions to tricky situations. He was blessed with the innate ability to  solve  problems on the go; a true believer would say it was to be expected of a descendant of a lion cast magistrate.
I on the other hand . . .

What can i say about my thought process, suffice it to say that i was a nervous wreck most of the time, my tendency to overthink even the most seemingly miniscule or irrelevant things  made it hard for me to make quick decisions. I have always worked better when I had the time to  calculate, analyse, scrutinize  and play out multiple versions of possible scenarios afore hand, prior to facing the actual challenge in real life. I considered Richard to be of reasonable intelligence and he constantly affirmed that belief by his actions . He had spotted a land engine a long distance away. It seemed to be a commercial land engine, so it was safe to assume that it was made to seat a large number of people.

This particular commercial locomotion rig looked a lot better assembled than the previous ones we had seen before-for starters most of its parts were of the same color and the usual humming that was produced by most land engines in this district seemed to be subdued on this one, or at least a little less noticable than in most. It was an elongate structure that could best be likened in shape to a caterpillar made of an amalgamation of metallic parts.

Richard finally spoke the first words in what seemed like ages, he suggested to me in as few words as grammatically possible using hand signals and gestures to pass his point across more clearly, that we made  our way through the mass of people shuffling from side to side on the congested road in order to get close enough to the engine in time to board, before all the seats would be inevitably occupied by people with similar goals as us. We began drifting and maneuvering through the human ocean in front of us, while striving to maintain considerable speed at least until the land engine was within our line of sight.

On getting closer to the transportation engine, i was intrigued by its symmetrical design and aesthetic look. Two  automated proximity activated doors that looked like they were most likely made from an expensive metal alloy opened up on both ends of the massive land vehicle, giving way to a rectangular passenger compartment , split perfectly into two  sections  by a narrow pathway inbetween the two rows of seats. My knowledge of hydraulics and mechanics were sketchy at best but I could determine by mere optical observation that the conveyance device was not  powered by a liquid based fuel source, but instead the very large transportation machinery seemed to be run by electrically generated pulses produced by a power cell that was contained in the core of the vehicles main engine chamber.

It was built in at the posterior end of the transport rig , the whole metallic land ship was set atop three lines of spherical shaped  balls that looked like they were made from some chrome plated  isoprene polymer or some substance which was similar to rubber in both texture and appearance. They were three sets of isoprene spheres that lined the underneath of the big transport machine; in front, at the centre and at the rear end the of the land ship.

We were so close to solving our first problem; a means of transportation towards the selection site, but boarding land engine in district 8 was no small feat and that might be the understatement of the decade, especially in situations when seemingly everyone in the  confederate is trying to board the same engine as you. Being among the select few who eventually make it on the engine required a mix of physical fitness, mental fortitude and a level of determination and singlemindedness that  bordered on the insensitive; push, shove, fight, do what thou wilt, Just find a way to somehow make it on to the ferry before it was filled up, or be left feeling a deep sense of anger and regret as you stand by watching on as your means of transportation slowly  disappears out of sight.
We were almost within touching distance of the land engine when right on cue , all hell broke loose.

It was war, it seemed liked everyone had a do or die  mentality about boarding the engine. There was a particular scruffy looking man, with a protruding belly that was so obtuse it made one wonder how he could look so scruffy and yet still posess such a large gut.
I thought to myself; Maybe if he could spare some of that alcohol money for a haircut sometime, he wouldn’t look like a hoary drunk hobbit. Of course my opinion of him had been strongly prejudiced due to his actions.

In his haste to board, he had  shoved a pretty young woman in front of him with so much force that she almost fell to the ground. And falling down would definitely result in her being trampled by everyone rushing on to board the land engine. I subdued my hero complex long enough for me to be able to forcibly make my way on to the engine and secure my seat. I could see Richard was already seated on the opposite row , then my mind returned back to the rough impish man that was willing to almost get a girl killed in a stampede just to board a land engine.
He was seated about two seats away from me but my eyesight was good enough to notice that he wore a ring on his finger which bore the wolf sigil. “Of all things, a wolf ! ” The words left the confides of my mind and lept off my lips before my better judgment could stop me from saying it.

Incase you missed other episodes, see them below;