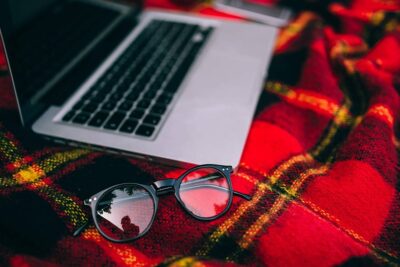 From first glance, this particular topic (Technology promotes loneliness) raises eyebrows. This is because, in today’s age (commonly referred to as “digital” or “jet age) technological advancements have been pivotal in terms of making life easier and works faster to undertake. The technology of this day and age is one that hither to made the world a global village. That is not to say that from time past there had not been any kind of technology. In fact the very word “technology” refers to the organization of knowledge for practical purpose or better yet, the practical application of knowledge through mental or physical efforts to achieve some form of value. These definitions are spot on.

However the definition of technology in this context relies on it’s usage. Therefore we can say that technology refers to how machines and devices are used to solve man’s immediate problems. This means that this technology is deviced to make life easier, faster and in this era, smarter.

Technology has broken grounds in terms of innovation, solution providing, communication etc and as it goes along we’ve become reliant on these machines that makes work so much easier to do. This over dependency on technology, particularly telecommunication devices like smart phone, laptops, television etc, has inadvertently resulted into a series of emotional distress, anxiety, materialism and heightened crime, all stemming from one source; loneliness.

The real question now is “Does technology promote loneliness?” Permit me to use these words… “Hell yeah!” Humans are social beings and as a result, communication is essential in human life and interaction. The advent of technology proved important especially with nifty gadgets introduced to make communications with people at long distances faster. However just like any form of emotional stimulant, these gadgets become highly addictive and something one cannot necessary do without easily. Statistics show that 3.5 billion people (which is 45.12% of the world population) use a smartphone. Now these smart phones are supposed to be tools to aid in the ease in communication.

However, these gadgets have become the very source of loneliness in the world today as people are said to disassociate themselves from human interaction whilst being engrossed in this world of fantasy where anybody can be anybody. Because of lack of interaction with the real world, these individuals who have become so preoccupied with these technological devices, once it’s taken away, they lose a sense of touch with reality ultimately leading to loneliness.

Loneliness further leads to addiction to drugs, alcoholism, and other social vices. Mind you, loneliness has been regarded as the world’s number one cause of psychological trauma and depression. This is because frequent isolation from your natural environment to a digital or erstwhile virtual reality. That alone pretty much messes with the mind and turns out to be a major cause of psychological defect.

Social media hype is one other cause of loneliness. The way at which some people fall for the gimmicks and the antiques of celebrity lifestyle and trying to imitate their celebrity Idols often ends up in failure. To this end, it leaves a mark of trauma on their psyche and they begin to feel dejected and build an inferiority complex when they do not meet up with this social trend. The end product thus is loneliness.

Technology has bettered our lives in ways too numerous to explain. However, whatever has a pro also has a con and in this case, loneliness is a major effect on the inordinate use of this technological devices. If not properly controlled, it (technology) can spiral beyond control.

Therefore, there has to be a balance between how long you make use of your devices and your interaction with the real world so as to maintain a sane an less complicated thought process.