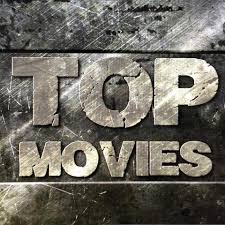 2019 was a very big year in terms of blockbuster screen presentations. We are going to talk about the top 19 blockbuster movies in 2020 in this article. Movie fans all over the world had a lot of productions to anticipate for the year and we were not by any means disappointed. The year 2019 brought us several blockbuster movies including some of my favorites for the year; Hobbs and Shaw, The Joker, John Wick Chapter Three and my hands down best film for the year; Avengers: Infinity Wars. The New Year promises to be an even better year in terms of movies to look out for because it seems like this year all our patience will finally pay off.

The powers that be in the movie industry have finally decided to answer our prayers by bringing a lot of highly anticipated and much requested films to our screens. This includes a lot of sequels and reboots which will finally be coming our way this New Year after waiting and hoping for what feels like ages, films like Wonder Woman 1984, the new James Bond movie tagged No Time To Die, Bad Boys for Life, Scarlett Johansen’s Black Widow and Coming to America amongst others make up a good amount of the movies being released this year.

It’s not just about reboots and sequels this year, we can also expect a slew of new animations, horror films, action adventures and thrillers in the months to come, its my personal opinion that it’s never to early to start salivating and hyperventilating over new movies to come, so in no particular order, here are my list of movies to watch out for in the year 2020;

Bad Boys and Bad Boys II may both be relatively older movies, but they live on in the hearts of many movie and action fans as one of the best buddy-cop flicks of all time, and both had good audience scores. While the original director of the film Michael Bay will not be directing the new Bad Boys for Life movie, producer Jerry Bruckheimer is overseeing the film, and we the fans have confidence that directors Adil El Arbi and Bilall Fallah of Black and Gangsta will do justice to this production. Will Smith fans all over the world will be glad to know that the new Bad Boy movie is already out and is showing in cinemas near you .

After a couple of poorly received films starring Eddie Murphy, Robert Downey Jr. is ready to take up the mantle of playing Doctor Dolittle in a new screen adaptation which will be directed by Stephen Gaghan . This film will be based more on the second book by author Hugh Lofting, and it will co-star Antonio Banderas and Michael Sheen. It will also include the voices of Tom Holland, Marion Cotillard, Selena Gomez, John Cena, Emma Thompson, and more. As someone who was personally not a fan of Eddie Murphy’s Dolittle movies, i can’t wait to see what Robert Downey junior does with the role.

From the director who previously brought us The Blackcoat’s Daughter and I Am The Pretty Thing That Lives in the House comes a dark and twisted new take on the classic fairy tale about a brother and sister who fall prey to cannibalistic witch that entices them with tasty treats. Sophia Lillis (It, Sharp Objects) and Sammy Leakey star as the duo, who set out on a desperate search for food, only to encounter something far more evil than we’ve seen in any previous version of the classic Hansel and Gretel story.

4. BIRDS OF PREY (AND THE FANTABULOUS EMANCIPATION OF ONE HARLEY QUINN) (2020)

We last saw Margot Robbie’s Wily Harley Quinn cause all sorts of commotion in the Suicide Squad. What happens when she joins Birds of Prey, DC’s all-ladies team of adventurers? Pure. Unfiltered. Unadulterated. Mayhem. Along for the ride will also be Jurnee Smollett-Bell and Mary Elizabeth Winstead, who have been cast as Black Canary and Huntress, respectively, in September, and Rosie Perez, playing Renee Montoya. They will face off against Ewan McGregor who plays the Black Mask. I’m not the biggest fan of the DCU but this really seems like a movie to watch out for. We all know from experience that anything that has to with Harley Quinn is usually entertaining.

The first trailer for this adaptation of the classic video game famously drew the attention of Sonic fans around the world, prompting the studio to announce that it would be updating the look of the character. This led to a push back from its original 2019 release date .An updated trailer featuring a redesigned Sonic that was released in November of 2019 was met with wholehearted approval from fans, so here’s hoping the rest of the film lives up to the hype.

The first question that may come to mind is Who is Bloodshot? If the Valiant Comics assassin’s relaunch series was any indication, that is the big question. An unstoppable super-soldier powered by nanomachines, Bloodshot’s past is a mystery to him, and he’s on a mission to find out who he really is and who-or what-is controlling him. Starring Vin Diesel as the main character, fans can expect a heavy side of manliness with this slice of sci-fi.

Director John Krasinski returns to helm this sequel, which he also wrote, starring his real-life wife, Emily Blunt, as it follows up with the Abbott family after the events of the first quiet place film. Judging from the first trailer, we’ll also get some flashbacks to the beginning of the invasion. Which means we may finally get a better understanding of how it all began. Krasinski has done a good job of building up the tension, and fans and general audiences alike should be in for another great ride.

In continuation with Disney’s live-action remake trend comes the much anticipated Mulan, directed by Niki Caro of Whale Rider and North Country fame. Featuring Chinese star Liu Yifei as the titular character and a host of other Chinese legends like Donnie Yen, Gong Li, and Jet Li, this one is poised to dominate the global box office if it lives up to the quality of the original animation.

The director of The Fault in Our Stars, Josh Boone gathers a collection of some of today’s hottest young stars— including Split’s Anya Taylor-Joy, Game of Thrones‘ Maisie Williams, and Stranger Things’ Charlie Heaton— to play next-generation X-Men from Marvel’s comic book series of the same name. But the New Mutants’ path is riddled with horrors as they discover their abilities while all being held as prisoners in a secret facility.

The director of True Detective Cary Fukunaga takes the control of proceedings for the 25th James Bond film, with Daniel Craig returning for his fifth and (presumably) final turn as 007. Craig will be joined by a host of regulars including: Ralph Fiennes, Naomie Harris, Rory Kinnear, and Ben Whishaw, as well as returning characters played by Lea Seydoux and Jeffrey Wright. Recent winner of the best Actor award, Rami Malek is reported to play the villain, while we’ve heard that Captain Marvel’s Lashana Lynch will play a newer 007 who may have to relinquish her famous code number back to Bond when he comes out of retirement. We won’t know for sure until April when the movie is set to premiere.

After saving their colors and learning the true value of happiness in the Certified Fresh Trolls, the trolls return for another groovy adventure with Anna Kendrick again starring as Queen Poppy. She will be joined by a star-studded cast including Sam Rockwell, Rachel Bloom, Anthony Ramos, Anderson.Paak, Karan Soni, Flula Borg, Jamie Dornan, Kelly Clarkson, and more. If you haven’t seen any of the troll movies this would be a good time to catch up before the new film is released in April.

The first Marvel property to kick off its Phase 4 will be this prequel focusing on Scarlett Johansson’s Natasha Romanoff. We don’t quite know what the story surrounding the character will be because most of her history unlike other members of the avengers has been shrouded in mystery but we do know that she’ll be joined by David Harbour, Rachel Weisz, and rising star Florence Pugh, among others. And who knows? Maybe Jeremy Renner’s Hawkeye will make an appearance.

Warner Bros. offers up a new animated film based on the classic Hanna Barbera characters, this time focusing on the relationship between Shaggy (voiced by Will Forte) and Scooby-Doo (Frank Welker). We get to see how the two met and became best buds before teaming up with Fred (Zac Efron), Daphne (Amanda Seyfried), and Velma (Gina Rodriguez) to solve crimes. Also, somehow Scoob talks in full sentences now.

It’s full-throttle and pedal to the metal for the Toretto crime/adventure/anti-terrorism family yet again. Director Justin Lin was the man to turn the Franchise and since 2011 fast and furious movies always make big waves at the box office. If you can’t wait for 2020 to see some bonkers car-based set pieces, there’s always the 2019 Fast and furious spinoff Hobbs and Shaw to help hold you over.

The long-running, wildly popular animated series gets another big screen outing as the whole Spongebob Squarepants gang are back for another adventure. This time out, Spongebob and Squidward embark on a rescue mission to recover Gary, who has been taken by Poseidon, and find themselves in the mystical land of Atlantic City.

As villain Cheetah, Bridemaids’ Kristen Wiig climbs aboard the Wonder Woman sequel, which sees Gal Gadot returning to her Amazon-princess role that catapulted the first film to a $412.5 million box office. The action is set during the Cold War in the ’80s and finds Chris Pine reappearing as Wonder Woman’s love interest Steve Trevor, despite his apparent death in the first film. That being said the new Wonder Woman movie is definitely one to watch out for.

This date was originally reserved for another Hasbro trademark property, namely Micronauts, but seeing as how development has stalled a bit on that one Hasbro decuded that we’ll be getting a G.I. Joe spinoff instead. Specifically, we’re getting an origin story for Snake Eyes, the mute ninja/commando previously playedd by Ray Park in the live-action film franchise. Snake Eyes’ past has always been shrouded in mystery, save for the fact that he was once close friends with enemy ninja Storm Shadow and the fact that an explosion not only severely disfigured his face but also fried his vocal cords. In other words, it makes sense that this will be a prequel, especially since Henry Golding will pls the role.

The second film of Marvel’s Phase 4 goes cosmic again with the Eternals. Much of the cast have already been announced in bits and pieces, with a big reveal at Comic-Con 2019 and a key addition made in August. In brief, the Eternals are empowered immortals who helped shape human evolution and history on Earth, and the star studded cast includes a lot of big names from Angelina Jolie and Salma Hayek to Kumail Nanjiani and a couple of Game of Thrones kings, Richard Madden and Kit Harington. Plus, director Chloé Zhao is no newbie herself to say the least.

With that said I will end my list of movies here. It will be a great understatement to say that movie fans are in for a treat this year. All the movies on the list and so many more will be released this year so save the dates on your calendar and catch your favorites at a cinema near you when they are finally out.