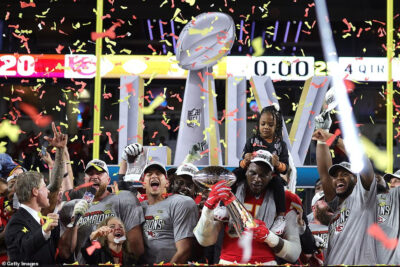 After been left behind on 20-10 at the final stage of the 3rd quarter, the Kansas City Chiefs made a dramatic come back in the fourth quarter to defeat the 49ers 31-20.

Patrick Lavon Mahomes II, who was voted as the Most Valuable Player, completing the whole game by making 26-42 complete passes, two touchdowns and made just two interceptions which is good for a quarterback rating of 78.1.

Power couples, Jay-Z and Beyonce was also in attendance at the game. Paul McCartney, Kevin Hart Paul Rudd and many American celebrities were also present in the game.