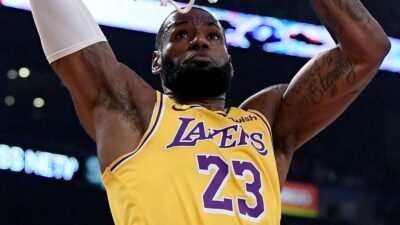 LA Lakers, Anthony Davis injured his calf in the first quarter of the game but maintains a top notch game after scoring 28 points for the Lakers, 13 rebounds and seven out of the Lakers’ 14 blocked attempt. Avery Bradley also contributed 14 points and three steals as LA Lakers won their fourth game in a row. Kentavious Caldwell-Pope also contributed 12 points for Lakers.

Josh Jackson chipped in 20 points on 9-of-12 shooting occasion to help the Grizzlies, who was defeated for the second time in as many nights. Rookie Ja Morant contributed 17 points, and duos, Brandon Clarke and Gorgui Dieng passed 14 points and 10 rebounds similarly.

Grizzlies sensational forward, Jaren Jackson Jr left the game due to unbearable knee injury and did not even come back for the second half. Jaren Jackson Jr scored seven points for Memphis and four rebounds in just 16 minutes.

After been behind by 25 points early in the third quarter, the Memphis closed within 88-84 early in the fourth quarter. Moreover, a 13-3 sensational display gave LeBron James team an added advantage of 101-87. The Memphis got no nearer than seven the rest of the way.

The Lakers have come victorious in all three matches against the Memphis this season and the win on Friday, 21st February, 2020 night draws them to 42-12 on the season.