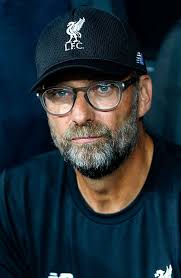 Liverpool manager, Jurgen Klopp has signed a whooping deal that will keep him in the Merseyside club till 2024.

Liverpool still remains unbeaten in the English Premier League since loosing against Manchester City side at the Etihad last season in January. The Former Dortmund boss took Liverpool to two consecutive UEFA Champions League Finals winning just one final in 2019 agaist Tottenham Hotspur after loosing against Real Madrid in 2018. The UCL defending champion is still on a quest to win this Season’s UCL after qualifying from the group by beating RB Salzburg in the Red Bull Arena this week.

Jurgen Klopp’s side has recorded just one draw against Manchester United this season in EPL winning all games in the league. They are currently topping second positioned Leiceister City by 8 points.

This is actually a good move for the board and for the fans.