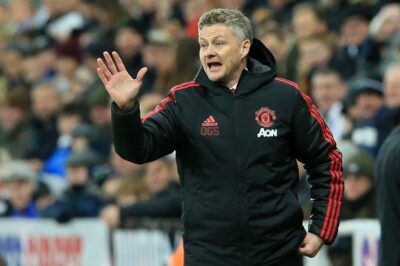 Manchester United became victorious in what is called the 179th edition of the Manchester Derby in Etihad. Pep Guardiolar’s Man City had a difficult start without registering any shot on target in the first 30mins but tried to control Manchester United counter attacking football.

Marcus Rashford opened the scoresheet from the penalty spot for the “Red Devils” in the 23rd mins after he was fouled by Bernardo Silva. The penalty caused so many reviews by the VAR, and after 6mins Anthony Martial made it 2-0 with an assist from the Wales International, Daniel James.

Manchester City entered back in the game very late where Otamendi scored a fine headed goal in the 85th mins but that was not enough for them to get a draw for their home fans.

Meanwhile, Duncan Ferguson keeps a perfect start for the Toffees where they trashed Chelsea 3-1 in Goodison Park. The league leaders, Liverpool still maintains their unbeating run in the league in a 3-0 win in Bournemouth and Nigel Pearson’s Watford played a goalless draw with Crystal Palace in Vicarage Road. Jose Mourinho’s men responded to the defeat at Old Trafford by trashing toothless Burnley 5 goals to nil where Son scored a brilliant goal at the White Hart Lane.