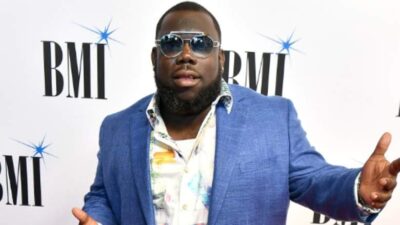 New Orleans rapper, Jerome Cosey popularly known as 5th Ward Weebie is NO MORE at the age of 42. The rapper died on thursday, 9th January, 2020 after been booked for a surgery to repair a ruptured artery which gone wrong and he eventually died from complications from the surgery session.

His closest pal in the music scene, Mayor LaToya Cantrell paid a tribute to him on social media with his last words for the rapper;

“It broke my heart to learn that Jerome Cosey – our 5th Ward Weebie – has passed,’ Cantrell said. ‘Let me find out you didn’t know who he was … He was an iconic personality, a New Orleans legend, and a beloved friend. New Orleans has lost a cornerstone of our culture, ‘Our City will not be the same without his voice and his spirit. May he rest in God’s perfect peace”

5th Ward Weebie has major hit songs like “Let Me Find Out” and “F**k Katrina” where “Let Me Find Out” song was a hit in New Orleans before making it through Nationwide. He also made a scintilating appearance in Drake’s “Nice For What” and also teaming up with Lil Wayne for “Bend It Ova” song that made wave in the music industry.